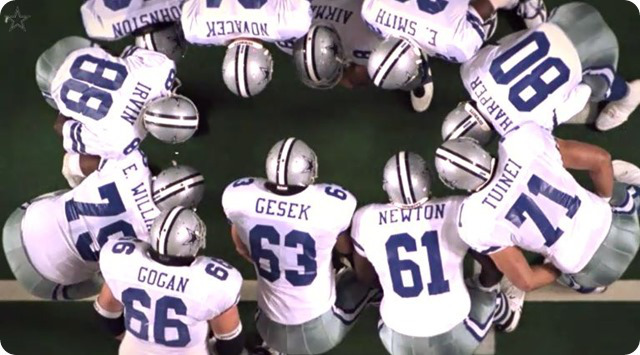 Another good matchup on Thursday night? Pinch me. Once again, we’ve got ourselves a pair of playoff contenders and more importantly, we’ve got three nights of NFL football worth watching this week! NFL fans are the real winners, here.

Welcome to Minnesota in December, boys. At least there’s a roof on the stadium unlike last year when the game would have been played at the Minnesota Golden Gophers’ stadium. Nonetheless, it will be chilly and Dallas will need to come out of the gates ready for action. They can’t afford to start slow against Minnesota and let them get out to an early lead. Romo and Bryant will need to pace the offense get the Cowboys on the board against that stiff Viking defense.

The Cowboys weak defensive line got even weaker this year and the Vikings should be planning to run all over it. Between Adrian Peterson and Jerick McKinnon, it will be a wonder if Minnesota passes the ball at all. As bad as the Dallas defense is, their offense is equally as potent, so it’s important not to turn this one into a shootout. They will have trouble getting to Romo through that brick wall of an offensive line, so they need to limit Dallas’ chances on offense by dominating time of possession.